In recent Vero Beach economic news, it appears home buyers and home sellers are entering the coming spring selling season with a feeling of optimism. Despite interest rates moving slightly upward and home prices continuing to rise, housing sentiment is increasing as well.

Fannie Mae publishes an index each month that ranks buyers’ sentiment. The most recent report showed buyers’ sentiment about the spring real estate sales season has risen to the highest level in six years, in part, due to a strong showing by millennial purchasers. 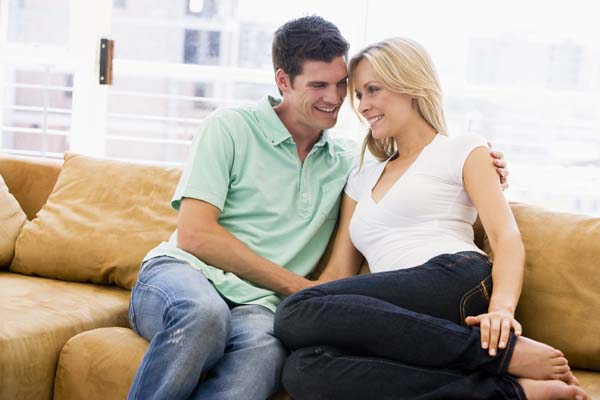 The millennials segment of the home buying population mentioned solid increases in employment confidence and income gains, which go hand-in-hand for first-time home purchasers – creating increased demand in the housing market. And while millennials are finally making the move out of mom and dad’s basement or spare bedroom faster than ever, the majority are still destined to rent, according to Fannie Mae’s research and statistics. As the supply of affordable inventory in the housing market continues to plague many millennials, so too does the higher price appreciation. Simply put, most millennials still find it challenging to afford to purchase their first home.

However, an ever-increasing number of millennials are entering the housing market and that’s making Vero Beach economic news. The same millennials that had put off marriage and having families are slowly turning their thoughts to home ownership. Recent research shows roughly 50% of millennial families have at least one child. That represents an increase of nearly 5% from last year and 7% two years ago. Real estate experts say children in the family is the most common reason young couples buy their first homes. With the U.S. home ownership rate at what has been near an all-time low, that’s good news for millennials and good for the housing economy. In addition, when it comes to living in urban areas, the number of millennials desiring to live the urban lifestyle is decreasing – by more than 6% in just two years. They are opting for the suburbs for the spacious outdoor amenities like playgrounds and parks.

The Fannie Mae buyers’ sentiment survey also revealed 85% of millennial buyers felt their home purchase was a “good financial investment.” And why wouldn't they? They’ve seen the prices of homes rise consistently in many of the popular neighborhoods throughout the country and they’re familiar with the average cost of a home – many have watched homes in their price range continue to rise faster than their income. Despite the higher prices, the fact that millennials see their home as a good investment should fare well for increased demand as they and other millennials begin raising bigger families and buy larger and newer houses as their families grow.

Experts say the Vero Beach economic news would include even greater demand for housing were it not for home values that continue to rise as a result of lower inventories nationwide – especially starter homes, popular with first-time home buyers. According to CoreLogic, nationwide home values increased 6.9% in 2016 compared to 2015. While home prices grew at a faster pace than incomes, the result was lower during the month of December 2016. Analysts cite a rise in mortgage interest rates immediately after the presidential election as possibly having an affect on asking prices by eager home sellers.

A CoreLogic spokesperson said, “Home prices continue to climb across the nation, and the spring home buying season is shaping up to be one of the strongest in recent memory.” He further added, “A potent mix of progressive economic recovery, demographics, tight housing stocks and continued low mortgage rates are expected to support this robust market outlook for the foreseeable future.”

According to the Fannie Mae sentiment report which measures consumer confidence regarding the housing market, the biggest gain in confidence was among those respondents who felt now is a good time to purchase a home. In addition, home sellers also felt it was a good time to sell. With more Americans feeling better about their employment and job opportunities, fewer are worried about losing their jobs. Other statistics in the survey showed more households are reporting slightly higher incomes – and the number of people surveyed expecting home prices to continue to rise did indeed increase. Lastly, among respondents asked about expectations that mortgage interest rates would drop, the survey percentages remained largely unchanged for the third consecutive month. This signals to researchers and real estate professionals alike that demand is high in the housing market, prospective purchasers are fairly bullish on home values and, so far, are not thwarted by what could possibly be continued slight increases in mortgage rates.

All in all, it appears that the biggest story in the Vero Beach economic news is that the housing market could see a relatively strong spring selling season. Prices will be as high as they’ve been for the past several months, but qualified purchasers will be fueled by steady incomes and job security for the most part – and, while interest rates are worth watching, most analysts feel they won’t be a deterrent for purchasers anxious to trade up.

You can find more articles pertaining to Vero Beach economic news in the "Economy" section of articles just below Vero Beach Real Estate Categories in the column to your right. Remember to also check us out by finding us on Facebook and Twitter.